Greyhound fails to enforce its own safety rule

Some said their Greyhound bus driver had red eyes when she was taking tickets in New York. One man said he saw the driver doze off behind the wheel. Another driver on the same road saw the bus swerving and remembers thinking, “They are going to kill somebody,” the documents show.

Imagine you are driving along and another car comes out of nowhere and runs into the side of your car, injuring you to the point where you can barely walk. You are in severe pain, and need doctor visits, CT scans, X-rays, and rehabilitation therapy. Wouldn’t you expect the insurance company of the driver who hit you to pay those bills?

Roxanne Martinez did. CNN reported that when she was hit by an SUV on the passenger side of her car, she was smashed up against her driver-side window, damaging her spine. Her medical bills quickly accumulated and she thought Allstate, the insurer of the driver who hit her, would pay for her injuries.

Three years later after CT scans, doctor visits, X-rays, and a host of medical problems, Roxanne was still fighting Allstate. The company finally offered her $15,000, a sum that did not cover her expenses, much less her pain, time lost from work, or the emotional anguish of not knowing whether she would be able to afford her treatment.

This tactic is part of a strategy insurance companies are using to make themselves billions of dollars. CNN’s year-and-a-half investigation into the insurance industry found that if you are injured in a minor accident, major insurance companies will likely challenge your claim, drag you into court, and take years before making you an offer. This offer is often significantly less than your claim is worth.

Industry insiders say this results in 80% to 90% of injured victims accepting what the insurance company offers instead of fighting. 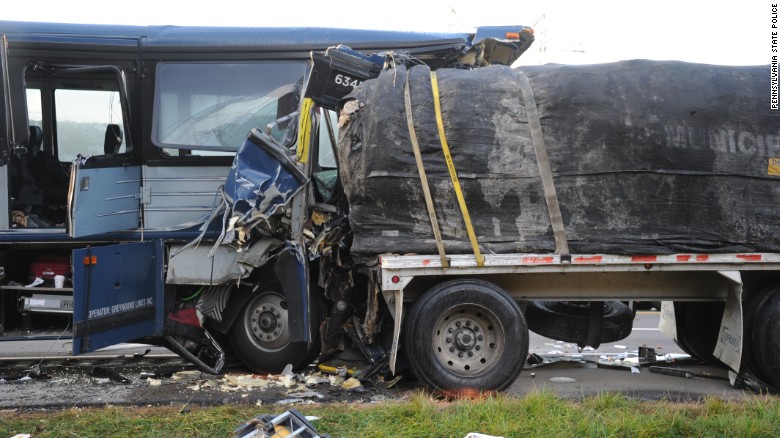 The Greyhound bus slammed into the back of a tractor trailer.

Why would an insurance company, especially one that you trust and have given significant amounts of money to over the years to take care of you in the event you’re injured, act with such reckless disregard toward your personal well-being? The answer is simple: Insurance companies make more money if they pay you less money for your injuries, even if you need the money to cover necessary medical bills, lost wages, and rehabilitation.

According to Jeff Stempel, a Nevada insurance law professor, accident victims are getting hurt further by being dragged into court by insurance companies. Other policyholders aren’t seeing any benefit, such as reduced premiums, when Allstate or State Farm takes someone who needs money for their injuries to court. This practice isn’t saving the consumer money at all. In fact, the only real beneficiary of keeping money from the people who need it are the insurance companies themselves. Professor Stempel says, “To continue this kind of program is, in my view, institutionalized bad faith.” These insurance companies seem to believe their money is better spent dragging accident victims who need insurance money for their injuries through court instead of helping them pay their bills.

Both Allstate and State Farm would not discuss the investigation’s results with CNN.

Jim Mathis, a former insurance company insider, told CNN, “As long as the public allows this to occur, insurance companies will get richer, and people will not get a fair and reasonable settlement. Period.”

The math behind the insurance companies’ strategy is simple: Take $1,000 off of one million claims and you’ve essentially made $1 billion. Do this with every claim over a number of years, and you’ve made billions of dollars.

Insurance companies achieve this cost cutting through a process known as the “Three Ds:”

By forcing “smaller, walk-away settlements” — which are take-it-or-leave-it offers years after the actual accident occurred, battles have already been fought, bills have added up, and people are afraid that they won’t get any money for their claims — insurance companies can essentially force an injured victim to accept whatever they offer. This tactic preys on the fear of a car accident victim who wonders if he or she will ever get any money whatever for the accident.

A lawyer for Allstate said that the company’s strategy was to drive lawyers who represent victims out of the insurance industry. The company tried to accomplish this by making the act of fighting a claim “so expensive and so time consuming that lawyers would start refusing to help clients.”

Our law firm refuses to stop helping people fight against unfair insurance companies. We will fight for you against any corporation that puts profits over people. Call our law firm today or fill out a free online consultation form to be contacted by someone from our firm. We want to help.